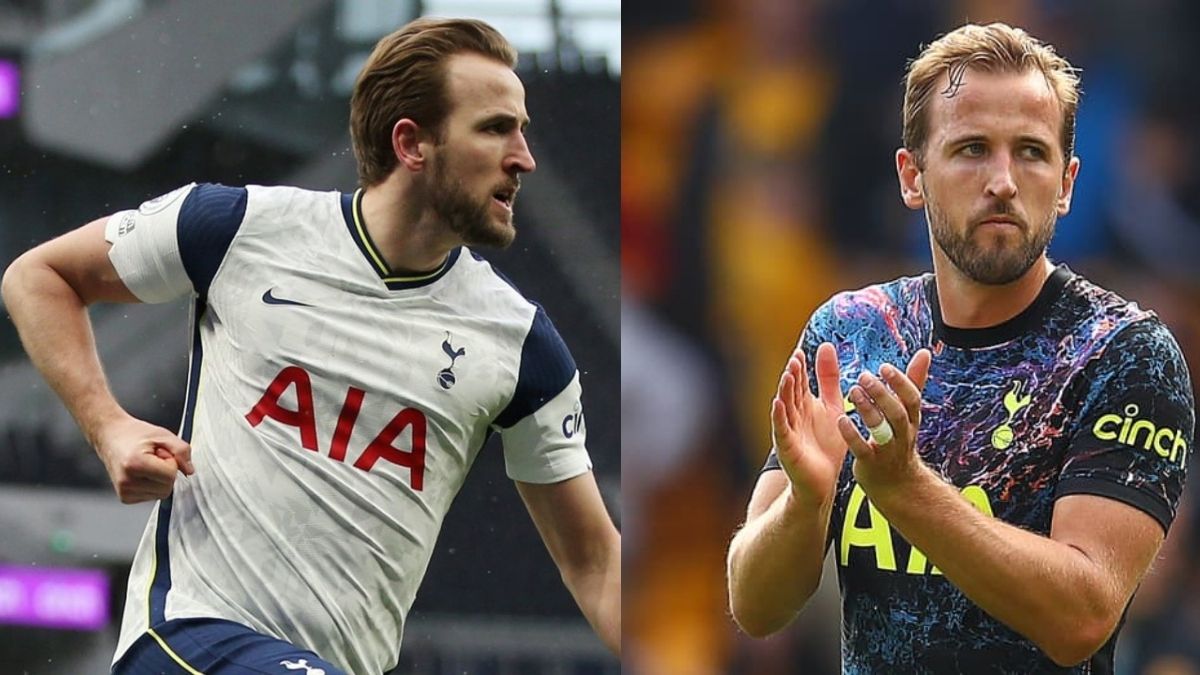 Harry Kane has developed himself to be one of the best strikers in the world today. He is an English professional footballer who plays for Tottenham Hotspurs FC and captains the English national team. He is not only a prolific goalscorer but also is world-class in his link-up play as well. He is the club’s top scorer. scoring 30 goals in each of the last three seasons for Tottenham Hotspurs FC. He has formed a lethal partnership with the South Korean forward,  Son Heung Min, and has racked up goal-scoring numbers to another level.

As of 2022, Harry Kane has an estimated net worth of 49 Million Dollars. He earns a minimum of 90,000 pounds a week while playing for Tottenham Hotspurs FC. According to a report of CIES Football Observatory on market value, Kane ranks third with a value of 173 Million Pounds, only behind superstars Neymar Junior and Leo Messi.

Here is a tabular representation of Kane’s salary over the years:-

In October 2017, The English Striker registered the “HK Harry Kane” trademark in six categories including education services, English culture, footwear, clothing, and headgear. With this, he has the opportunity to pocket 10 Million Pounds per year in market deals alone in the next five years or so.

He has also got major sponsorship deals with Nike, Beats by Dre, Lucozade Sport, and BT Sport. In 2018, the English talisman was endorsed as the brand ambassador of Hugo Boss Parfume perfume Brand.

Harry Kane began his career at Tottenham Hotspur, where after a fast progression through the team’s youth academy, he was promoted to the senior team in 2009. He was then loaned out several times to low-tier clubs across England, including Leyton Orient, Millwall, Leicester City, and Norwich City.

After the appointment of Argentine coach, Mauricio Pochettino in 2014, Kane became more involved in Tottenham Hotspur. In his first senior season with Tottenham hotspurs, he scored 31 goals across all competitions, was the 2nd highest scorer of the English Premier League and thus was named PFA Young player of the year.

In the 2015-16 season and the 2016-17 season, Kane was the top scorer in the Premier League. However, the 2016-17 season was memorable for him, as because of his goal-scoring efforts, he helped Tottenham finish as the runner-up behind champions Manchester City. He won the PFA player of the year award for his outstanding campaign with Tottenham.

He delivered his best individual goal-scoring campaign with Tottenham in the 2017/18 season, with a total of 41 goals scored in 48 games across all competitions. In the 2018/19 season, because of the devastating partnership between him and Son Heung Min, one of the best players from South Korea, they managed to reach the UEFA Champions League finals but were unfortunately defeated by Liverpool, who was simply unstoppable at that time.

In the 2020/21 season, he became Tottenham Hotspur’s second all-time top scorer across all major league competitions. He finished the 20/21 season as the top goal scorer and the top assist provider in the league.

The English talisman has scored around 40 goals in 63 games for England and was the main striker in the team, easily. He made his international goalscoring debut in March 2015 at the young age of 21. He represented England in the EURO 2016 campaign, but their performance was unsatisfactory. However, he was made the captain for the national team, before the advent of the FIFA world cup, 2018, which was going to be held in Russia. He played the role of the captain beautifully, and was the top scorer of the tournament, thus winning the golden boot in the process.

Because of his goalscoring efforts, he led England to a successful 4th place, their highest position in the world cup since 1990. However, his most successful campaign with the English national team was at EURO 2020 Football tournament, held across Europe. He scored 4 goals and helped the team reached the finals of the tournament, but unfortunately, they lost to Italy on penalties.

Here is a tabular representation of Harry Kane’s goals across all competitions:-

Katie Goodland is the fiancée of Harry Kane, who is the national team captain. She was Harry Kane’s high school sweetheart and they have continued dating ever since. She is passionate about sports and has also studied sports psychology. They are happily married now with two children.

She currently works at the gym in Walthamstow as a fitness coach. She is still active in Instagram and she posts photos of her family and friends. Her famous proposal photo with Harry Kane garnered 20 million likes on Twitter and she became famous to the world after that.

Harry Kane is really famous all around the world with a net worth of 49 Million dollars. Because of such high wages, he is one of the richest footballers in the world today. He has already rented a luxurious property in the posh areas of London, which costs around 15000 pounds a week. They have made the interiors into a cozy family home, with seven bedrooms, a gym, and various other stuff

He is a massive petrolhead and owns a wide variety of luxury supercars in his garage. Here is a tabular representation of luxury items owned by Harry Kane:-

Kane is introverted and is really passionate about football. He tries to give his best every match and believes in contributing to the team with his creativity in assisting and in goals. Outside the glitz and glamour of football, the English forward likes to spend time with his family and friends. He is passionate about the game and has evolved himself into a world-class striker, one of the best forwards present in the game today.

Kane is known for being a pure number 9, striking the ball In the back of the net, and always being at the right position at the right time. He is also extremely creative and can thread through balls with precise extinct for strikers like Son Heung Min and Lucas Moura to pounce on. He is truly world-class and would fit into any top football clubs present in the world today.

Because of his goal-scoring prowess, he is the top scorer 6 times for different football tournaments across many years. He made his debut in the premier league in 2014, and won the PFA young player of the year award that season, for his brilliant contribution on the field with his scoring prowess. In the 2016/17 season, he has finished as the top scorer of the season, because of which he was awarded as the PFA player of the year that season.

Here is a tabular representation of major individual titles won by Harry Kane over the years:-

Harry Kane is world-class but unfortunately hasn’t won any major trophies in football yet. He has come close to winning the premier league in the 2016/17 season but was unlucky as the Manchester City team was too good in quality that year. He reached the finals of the UEFA champions league in the 2018/19 season but was unfortunately defeated by Liverpool 2-0. He also came close to winning the EURO 2020 cup, but unfortunately, England lost to Italy on penalties. This shows that no matter how much talented and world-class you are, if your team is not up to the standards then you won’t be able to win trophies at such a high level of the game.

Because of this failed transfer many Spurs fans are criticizing Kane for being disloyal to them and the club. According to them, the English striker wanted to go to Manchester City for a better chance of winning major trophies football has to offer. However, in the end, Kane apologized to spurs fans and insisted that he is staying and will lead Tottenham Hotspur to glory in the premier league.

What is Harry Kane’s Favourite food?

Ans- His favorite food is fish and chips.

What is Kane’s favorite genre of music?

Who is Kane’s favorite player?