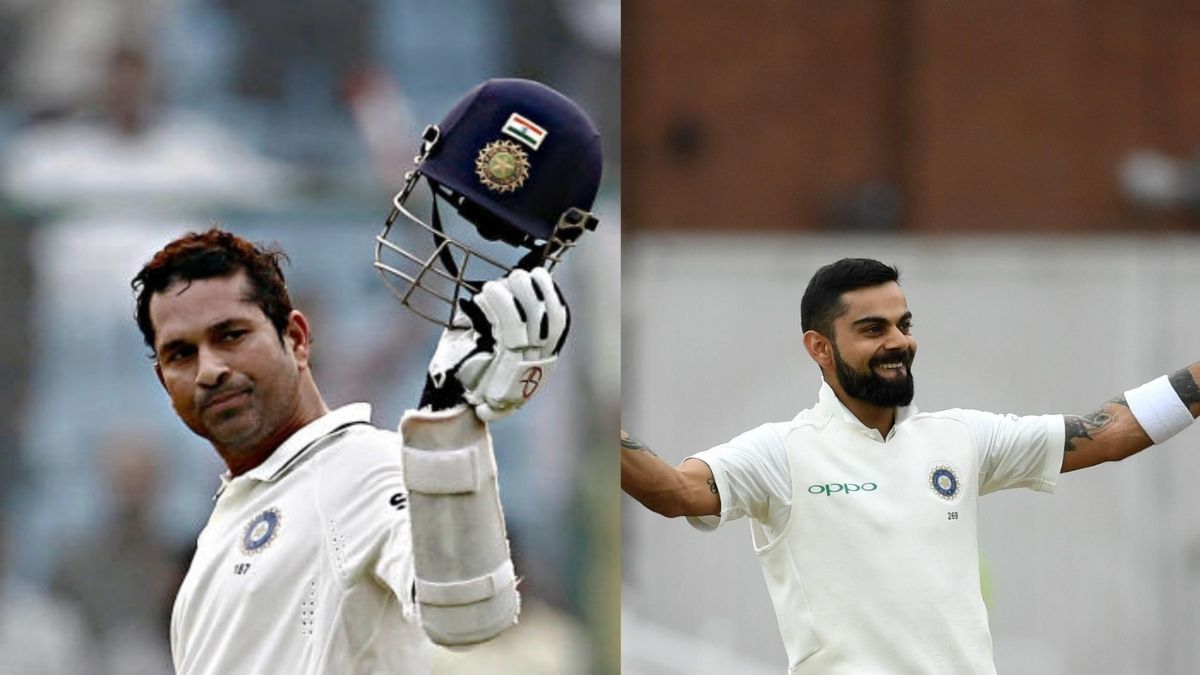 Virat Kohli is going through a lean patch in international cricket as his bat has suddenly stopped smoking runs against the bowlers. The Indian skipper once again got out against James Anderson in the first innings of the 3rd Test. In search of scoring a boundary with a cover drive, he ended up giving an easy catch to wicketkeeper Jos Buttler. Now, Sunil Gavaskar has come up with a suggestion for Kohli that can bring him back in his peach batting form.

Virat Kohli’s trademark drive is backfiring him in England conditions. He is edging the balls being bowled on the fifth, sixth, or seventh stumps in search of scoring a boundary. But, English bowlers are bowling at the same length in order to restrict the star batsman.

During the 1st innings, he looked a bit in good touch with the bat. But, he was sent back to the pavilion by James Anderson. Now, James Anderson is the joint holder with Aussie spinner Nathan Lyon, who has taken Virat Kohli’s for the most number of times in international cricket.

During a chat show, Sunil Gavaskar opined that Kohli should quickly call former Indian batsman Sachin Tendulkar in order to get few tips on how to overcome his weakness and restrict his instinct of playing such dangerous strokes in swinging conditions.

“He should give a quick call to SRT (Sachin Ramesh Tendulkar) and ask what should I do?,” said Gavaskar on air.

Gavaskar also urged Virat Kohli should watch the videos of Sachin Tendulkar playing a marathon knock against Australia in 2003. He added that it was the game where Sachin showed his skills, and patience of optimum level. He mentioned that before that game Sachin was also struggling with the same problem. But, after scoring 241 runs against Australia, and the game ended in a draw.

“[He should] Do what Sachin Tendulkar did at Sydney. Say to himself that I am not going to play the cover drive,” added Gavaskar.

“That is a bit of a worry for me because he is getting dismissed at the fifth, sixth, and even seventh stump. In 2014, he was getting out more around the off-stump,” added Gavaskar.