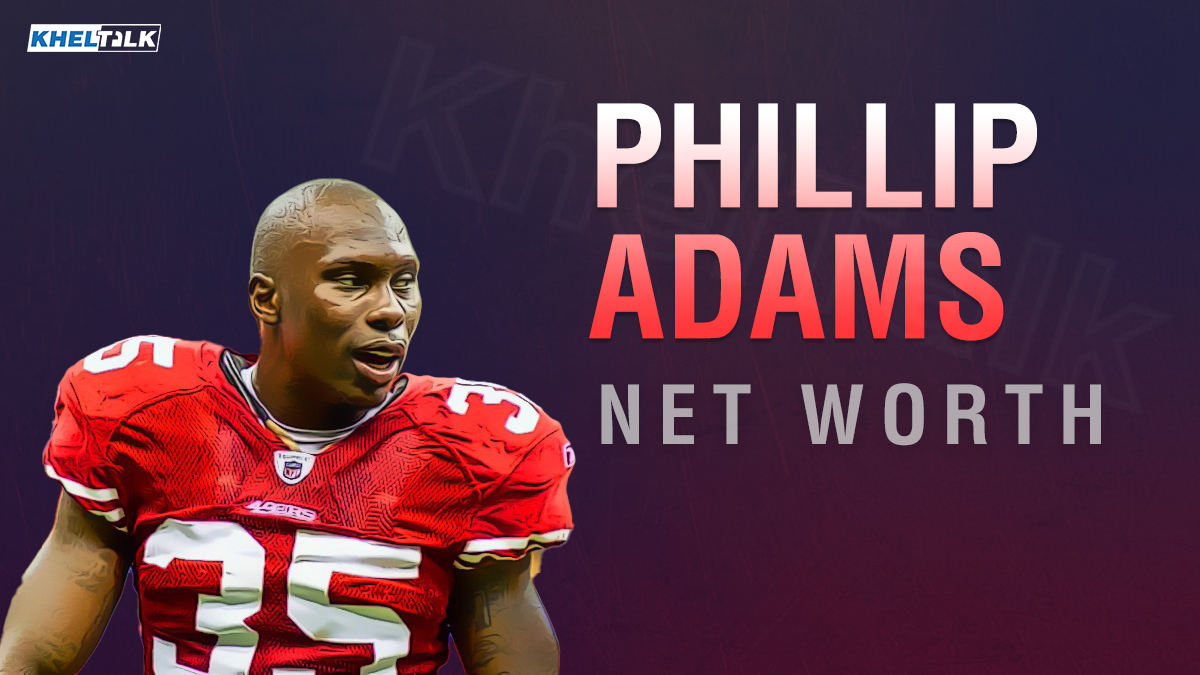 Phillip Adams was an American Football player who represented various clubs in the NFL. He was born on 20th July 1988 in South Carolina and completed his schooling at Rock Hill High School. He used to play as a cornerback in the National Football League and retired in 2015 after playing a season for the Atlanta Falcons.

On 7th April 2021, It was reported by the York County Sheriff’s office that Adams had killed 6 people and then shot himself the next day in a standoff with the Police. He killed himself at the age of 32.

In this article, we will have an in-depth look at the cornerback, his assets, his controversies, and his accomplishments.

Philip Adams’ Net Worth hasn’t been given out officially but it is estimated to be between $4-10 million (USD).

According to spotrac, Phillip Adams earned around $3,643,300 during his six-year career in the NFL.

His salary with the Atlanta Falcons was reported $745,000 per year which was his last team before he retired in 2015. His salary at his other teams was not revealed by any reliable sources

His assets have not been disclosed to the public but the cornerback lived in Rock Hill, North Carolina. It was reported that Adams had assets of around $1 million dollars at the time of his death.

Phillip Adams wasn’t endorsing any brand when he went on a killing spree in 2021.

Adams made his debut in the NFL following the draft in 2010 where he was selected by the San Francisco 49ers. In his short career spanning 6 years, Adams would go on to represent 6 different clubs.

Apart from this, he was also a member of the Seattle Seahawks practice squad in 2014.

Adams attended South Carolina State University between 2006 and 2009 where he played as a backup generally in his freshman year. By the time he reached his senior year, he was a First Team player at the All-Mid-Eastern Athletic Conference.

San Francisco 49ers: Adams was selected in the seventh round of the 2010 NFL Draft by the San Francisco 49ers. In a game against the St. Louis Rams, he broke his left ankle while blocking on the opening kickoff of the second half. The injury required Adams to have surgery, which included several screws being inserted into his leg. He didn’t make a big mark and was released by the 49ers

Seattle Seahawks: On December 20, 2011, Adams was signed by the Seattle Seahawks. He made only one appearance for the Seahawks in 2011 before being cut from the team on August 31, 2012.

New York Jets: On 1st September 2014, Adams signed with the New York Jets. He had one interception and 24 tackles in 12 games for the Jets before moving to what would be his final team.

Atlanta Falcons: Adams was signed by the Atlanta Falcons on March 12, 2015, where he played in 13 games for the Falcons in that season, with one interception and 38 tackles.

Phillip Adams’ stats in the NFL

Adams had a very short football career. After playing for the Atlanta Falcons, Adams had a workout with the Kansas City Chiefs but he did not return to the NFL. During training camp in 2016, the Indianapolis Colts called and asked Adams to participate in practice, but Adams did not attend the session.

According to his former agent, “He made it to the Charlotte airport, but the flight had left already. I could tell his head was not in it. He’d given up on it.”

Now that we know about his football career, Let’s have a look into a few details of Phillip Adams’ life.

It can be argued that Phillip Adams would go down in history for the homicide that he committed rather than his footballing career. Agreed that he was an athlete who competed in the NFL but his career doesn’t stand out much as he didn’t win any major trophies in his career. His career also fizzled away quite quickly.

On the 7th of April 2021, Adams shot six people at a house in Rock Hill, South Carolina. It is reported that he entered the backyard of the house through the woods and opened fire at the residents of the place. At around 4:45 pm, Adams entered the property and shot a 70-year old Dr. Robert Lesslie, his wife Barbara Lesslie, and their grandchildren who were 5 and 6 years old at that time.

While leaving he also shot two Air-conditioning repairmen who were at the house at that time. Five of his victims died on the spot whereas the sixth died in the hospital the next day. Reportedly the Lesslie and Adams families were neighbors.

Adams didn’t have a criminal record before committing the crime. Phillip’s father Alonzo Adams suggested that football may have played a role in the shooting as it had “messed him up”.

On the 8th of April 2021, Phillip Adams reportedly shot himself in a standoff with the police. According to the York County Sheriff’s office, Adam’s mother was inside the house but was safely removed before Adams shot himself in the standoff. According to a neighbor, the cops used a megaphone and sent a robot into the house in a failed attempt to coax Adams out.

Yes, he killed himself after killing six other people.

It is not known, but many sources say that he dropped out of college in his senior year.

Q. What was Adam’s greatest accomplishment in football?

Q. Was Adams married and had children?

No, Adams was not married at the time of his death, and neither did he have any children.

Yes, he played in the NFL but he was not a household name until the homicide.

Q. How many teams did Adams represent in the NFL?