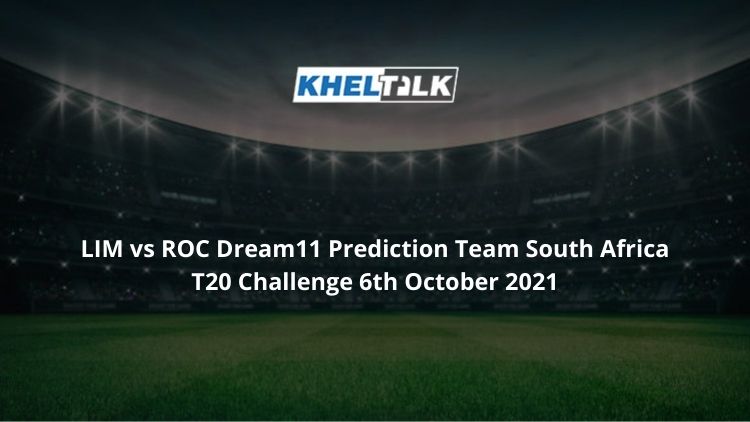 Limpopo and Rocks will square off in their next fixture of CSA Province T20. Talking about Limpopo, they have lost their opening game against ECI meanwhile Rocks outplayed the Warriors in their opening fixture and is likely to keep the momentum alive.

The pitch at Kimberley has mostly supported the batsmen and it has been a batting paradise for the past few years. The weather will surely help the seamers.

The weather of Kimberley is forecasted to be Sunny and it will remain the same throughout the day. The temperature is expected to be 25-Degree Celsius and the humidity to be 11%.

LIM have lost their previous game against ECI by massive eight wickets. Currently, they are playing against the Warriors and if they manage to win here, they would step up with a similar combination against Rocks.

Rocks opened their account by thrashing down Warriors by 17 runs and before they lock horns against LIM, they have a job to finish against Eastern Cape Linyathi today.

Jaundra Scheepers played decent with his bat for Limpopo as he scored 31 runs in the previous game. He can be impactful again.

Morne Venter was exceptional with the bat in the opening game. He hammered 56 runs and clearly made an announcement about his form. Morne even chipped two wickets. Don’t miss him out.

Janneman Malan needs no introduction as he has served the African international side and has performed on several occasions. He has scored 241 runs in his in CSA province history.

Pieter Malan is an influential name in the African cricket circuit. He has scored 1176 runs and has two wickets to his name. Don’t miss him out.

F Adams has scored 566 in his domestic career and has chipped 59 wickets for his side and has helped them notch multiple games.

Christiaan Jonker made a valuable contribution with the bat last time out. He scored 45 runs off just 31 balls to keep his team on the safer side.

C Fortuin smashed a century in the opening game for Rocks. He scored 104 runs in just 63 balls including 11 fours and four sixes.

Head To Head Teams For LIM vs ROC

Who Will Win Today between LIM vs ROC Dream11 Prediction, Match 17?

According to Khel Talk’s prediction for LIM vs ROC Dream11 Match Prediction, Rocks are expected to win this fixture. They have few notable names in their name who would surely outplay the opposition. Rocks performed tremendously in the previous game and are like to do that again.

According to Kheltalk’s LIM vs ROC Dream11 Toss Prediction, ROC would win the toss and elect to bowl first. The team chasing has won more games at his venue.