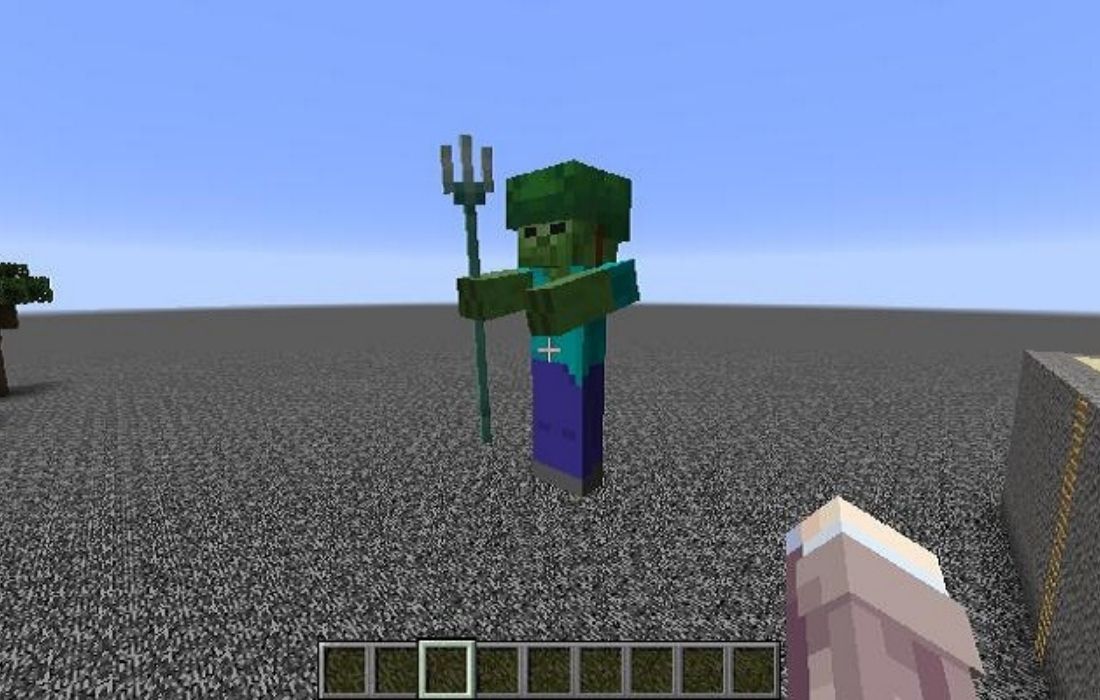 Tridents are rare weapons that were added in the Minecraft 1.2.13 update for melee as well as ranged combat. Some users stated that the Trident was their new favorite feature of 1.13, but obtaining a Trident is not an easy task.

The only way to obtain them is by killing a Drowned enemy. Spending about 20 Minecraft days trying to get my own pointy sea-fork. I killed over 400 drowned enemies including 10-15 who possess the trident.

In my Trident hunt, I’ve gone through 2x full sets of armor, an enchanted diamond sword, and many-a shields. But roughly the chances to obtain a Trident were still very minute. With all this Minecraft playtime and effort of drowning multiple enemies. It’s still a very rare find.

Overall it has an 8.5% chance of being dropped from a downed enemy. The Players can throw them at enemies but cannot break blocks with Tridents.

Tridents have their own quirky Enchantments as follows:

Channeling- more lightening splash damage to mob during a thunderstorm

Loyalty – returns the trident to the player after throwing

Mending-  XP collected is used to mend the trident instead of increasing player XP.
A Trident cannot be crafted unlike all other weapons in Minecraft; however, it can be repaired using enchantments or combining two damaged tridents.

A trident has the same durability as an Iron sword (250) and it loses a single point, each time it is used.