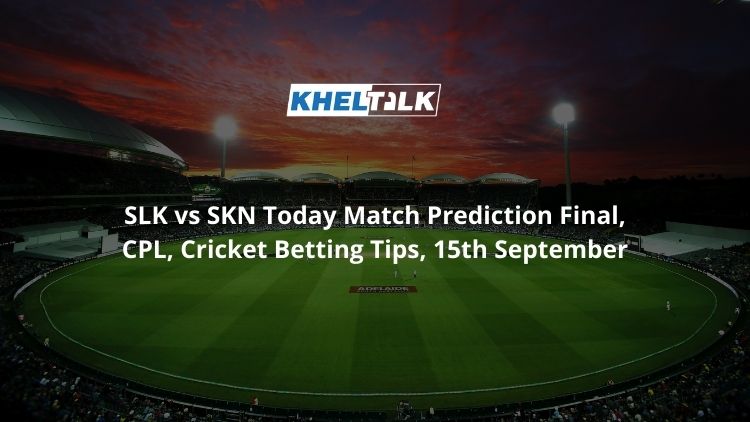 KhelTalk is the only destination that brings you the finest today’s match prediction that you can trust. We are here for SLK vs. SKN Today Match Prediction, Final, CPL Online Cricket Betting Tips, which will provide every user with a clear picture of which team and in what aspect they can place their bets.

Saint Lucia Kings have reached their second consecutive CPL final and this year, they will be targeting the title. In the semi-final, they were up against table topper Trinbago Knight Riders and were without their captain Faf du Plessis but Andre Fletcher & his team pulled off a magnificent upset to knockout tournament favorites. Again their batters were scintillating and posted a total of more than 200 runs which was always likely to be a big target in such a pressure game.

Mayers was the star behind that score and scored swashbuckling 78 runs off 44 balls. David Weise again picked up a 5 wicket haul and took the most crucial wicket of Kieron Pollard when he was looking to take the game away from the Kings. They will now be up against St Kitts and Nevis Patriots who have a terrific team and Kings will need another collective performance to conquer them.

After a tough 2nd half of the season, many experts questioned Nevis’ team but Bravo and his team have put a full stop to that question. Evin Lewis in particular again single-handedly won the semi-final for them and fans will be hoping for another clutch performance from him.

Top Batsmen in this tournament

Top Bowlers in this tournament

Slow showers are expected to come around during the match. The weather has been good throughout the tournament but in the last week, it has taken a big turn. Wind will again be strong which is a good sign for seam bowlers who will ball with the wind.

We have been experiencing high-scoring thrillers in the last matches and again score is likely to be high in this match. St Kitts and Nevis Patriots chased 179 easily in the 2nd semi-final so 160 is likely to be a par score. Seamers also will be crucial but the performance of spinners in middle overs is the key.

SLK vs SKN– Who will win the match, Today Match Prediction:

KhelTalk experts feel that St Kitts and Nevis Patriots will win against Saint Lucia Kings in this encounter. St Kitts and Nevis Patriots are favorites for the tournament now especially after their dominant performance in the semi-final. They were up against Guyana Amazon Warriors who are coming off 3 back-to-back wins but the Nevis team showed their full experience and crushed them.

Patriots have a strong squad and even without Bravo bowling, they have put up a strong show with both bat and ball. Saint Lucia Kings are also strong but their bowling is weak which is likely to affect them especially on these high-scoring grounds. We expect St Kitts and Nevis Patriots to win against the Saint Lucia Kings.

Roston Chase has been arguably the best batsman of this season. Despite coming in middle-order, he has scored dozens of runs for Saint Lucia Kings this season. He has scored 403 runs at a healthy strike rate of 149. Chase has shown tremendous maturity in pressure situations which has earned him the call-up for World T20 and if Saint Lucia wants to win then he is going to be the biggest hope. Chase has been consistent and can give you good returns. He is our pick for best batsman from Saint Lucia Kings.

Chris Gayle has not been in his usual touch in this season but in recent matches, he has shown glimpses of his real capability. He was batting at number 3 which didn’t suit his gameplay but after being promoted to opening, he has been successful in dashing bowlers out. In the last match, he scored 42 runs which included 3 monstrous sixes. The Final is a big game and a player like Gayle needs a center stage like this to launch himself. He can give big returns and is our pick for best batsman from St Kitts and Nevis Patriots.

Fawad Ahmed was a surprise package in the semi-final against Guyana Amazon Warriors. He picked 2 crucial wickets and only conceded 22 runs in his 4 overs. He is an Australian veteran and has won one championship with Trinbago Knight Riders in the past.

He bowls quickly in the air which is the best suitable option on this pitch. His googly is his trademark and takes many wickets through it. He can give you good returns and is our pick for best bowler from St Kitts and Nevis Patriots.

David Weise took 5 wickets in the last match and won all the praise but Alzarri Joseph was the side hero of that match. He only conceded 24 runs from 4 overs and took the crucial wicket of Lendl Simmons to give the ideal start to Saint Lucia Kings.

He is a highly rated player but has not been able to replicate his performances in recent years but has a raw genuine pace that can destroy any lineup on any day. Joseph is a genuine wicket-taker and can give you good returns. He is our pick for best bowler from Saint Lucia Kings. 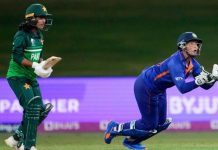 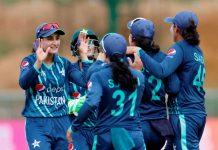 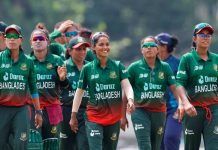