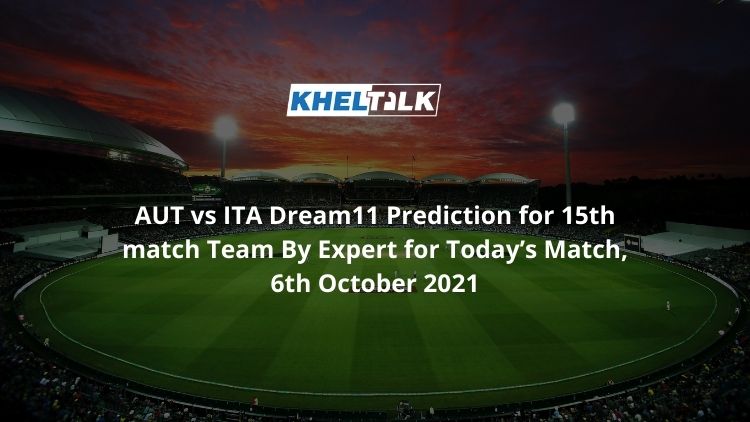 Austria and Italy will lock horns in this contest. Austria has done well to win two matches out of their three contests in the tournament. They are currently placed in the fourth spot because of their net run rate. However, a win will take them to the second spot in the tournament.

On the other hand, Italy couldn’t get going in the Championship Week after getting through the group stages. They had lost two contests and have won only one. With a negative net run rate, the team is placed at number five.

The pitch will assist the batters more and this could be yet another high-scoring match. One can expect both teams to take on bowlers here. Even in the last H2H match, the team was managed to score big right from ball one.

There is a good chance for the rain but it is unlikely to interrupt the match. The temperature is likely to be around 15 degrees, certainly a good climate to bat on.

The team has a good batting line-up but their bowling isn’t as good as other teams. Thus, they have struggled so far and this game could be no different.

Austria are having a good tournament so far and they are unlikely to change anything in the line up now. They might change the batting order to help finish the match early as they are in need of good win to improve their net run rate.

With 258 runs and 10 wickets to his name, Baljit Singh is certainly one of the top picks for the captain here. He is just too good to be ignored and is likely to dominate once again.

Aqib Iqbal might not be the best pick for the captain here but if you are looking to take a gamble, he works well. Iqbal has picked up 12 wickets in this tournament so far.

Sahel Zadran is yet another player who has been regular when it comes to picking up wickets. He has 13 wickets to his name and is likely to add more to that tally.

Amir Sharif, by far, is the best choice for the captain here. He has 396 runs to his name and also has picked up 17 wickets so far. He is the only one to have a fantasy point above 1000 in this edition.

Iqbal Hossain, on his day could prove vital. He has 339 runs to his name with an average close to 31. He has a strike rate of 232.19 as well. Something, one cannot overlook.

Razmal Shigiwal has contributed well with the bat and can provide us good fantasy points here. He has 304 runs in the tournament so far.

Head To Head Team For AUT vs ITA

AR: B Singh, A Sharif, B Zalmai

AR: B Singh, A Sharif, B Zalmai

Who Will Win Today between AUT vs ITA Dream11 Prediction, Today’s Match?

According to Khel Talk’s prediction for AUT vs ITA Dream11 Match Prediction, Italy is likely to start this contest as underdogs. Austria is a clear favorite here but one can expect a close match here.

According to Kheltalk’s AUT vs ITA Dream11 Toss Prediction, Italy are likely to win this toss for the contest. They might opt to field first here as most of the teams have won while chasing and the pitch doesn’t change much here.