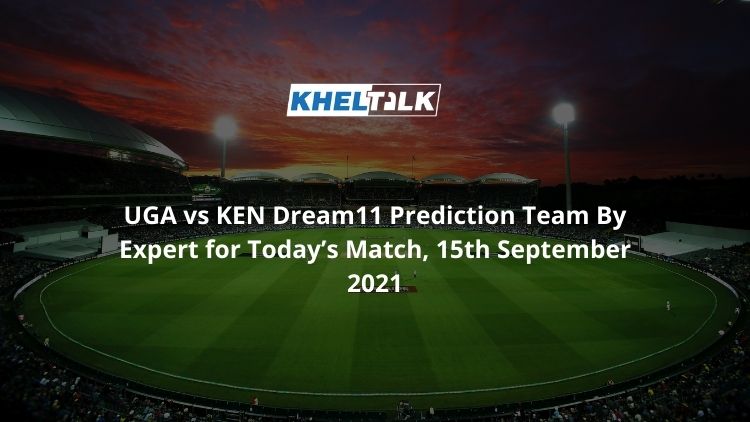 In the tri-series between Kenya, Uganda, and Nigeria, Kenya seems to be in good form as they have won three out of four games with one game being washed away due to rain. On the other hand, Uganda sits at the second spot with two wins from four games and one game being abandoned due to rain. In their head-to-head encounter in this series, Kenya has already thrashed down Uganda by 22 runs in the second fixture of the series. Let’s see if they will be able to repeat a similar momentum.

The pitch will assist both batters and bowlers here. Going by what we have seen in the ODI series, the spinners will hold the key here and one can expect both teams to go for chasing.. 145 will be the par score at this venue.

It is going to be good weather on 8th September. The match is going ahead as planned and since there will be thunderstorms in the nearby regions, there could be a few drizzles here as well.

Kenya is likely to step up unchanged for this game after achieving a comprehensive victory in their previous game against Nigeria. Defending 162 runs on the board, Kenya’s bowling attack did their job seriously and restricted them for 101 runs in 20 overs.

Uganda would be highly impressed and motivated after defeating Nigeria in their previous game. Chasing down 124 runs on board, Uganda’s top order took the responsibility and reached the destination with eight wickets in hand. No changes are expected.

I Karim has been consistent with the bat for Kenya. So far, he has scored 134 runs in three innings with the highest score of 67 and has hit 11 fours and two sixes in the series. Don’t miss him out.

Gurdeep Singh has scored 84 runs in three innings with the highest score of 44. Gurdeep has also chipped two wickets at an economy of 6.00.

Vraj Patel has chipped three wickets in two innings with the best figure of 2/11 at an impressive economy of 3.52. He can be impactful again.

Saud Islam is the highest run-getter for Uganda. In three innings, he has scored 119 runs with the highest score of 61. He needs to improve his strike rate a bit and play accordingly.

D Nakrani has not only scored 46 runs in three innings for Uganda but also has bagged four wickets at an economy of 5.15. Don’t miss him out.

Scenyondo and Akankwasa have chipped five wickets each at an economy of less than 6. Both are expected to keep the form alive and make it difficult for the opposition to score runs.

Who Will Win Today Between UGA vs KEN Dream11 Prediction, 8th match?

According to Kheltalk’s astrology UGA vs KEN Dream11 match Prediction, Kenya is likely to win this contest. Kenya has more experience playing this format when compared with Uganda. Kenya is stuffed with quality players who would surely outplay Uganda in the upcoming game.