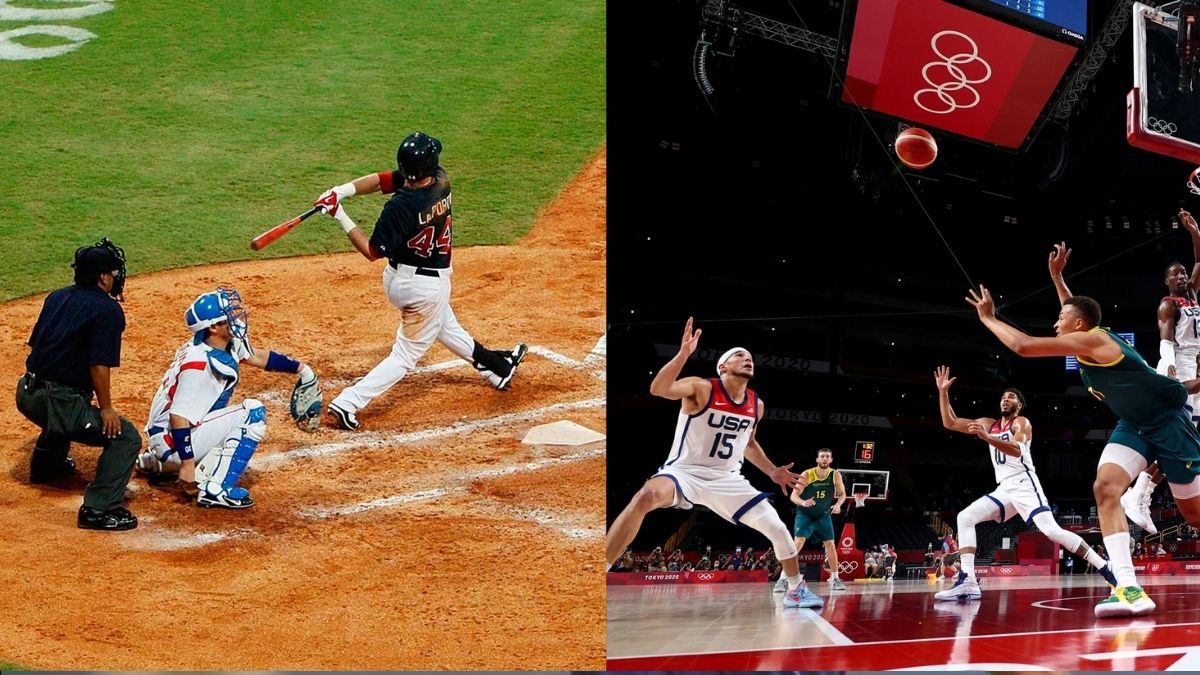 Sports is something that unites the world, it can provide a person with immense joy or sorrow in a matter of minutes. It doesn’t just matter to the athlete performing, but also to the millions of people who are watching and supporting the said athlete or team. Over the years, a lot of millionaires have come out of various fields of sport.

The amount of money an athlete makes depends on the sport. In this article, we will have a look at which sport makes the most money and is the most popular around the world.

Featuring at number twelve in our list is the game that originated in Massachusetts, USA. Volleyball is a six-a-side game and is played by both genders. The game was termed as a “Girls Sport” early on but it was a huge misconception. Over the past years, the sport has grown a lot and is now one of the most-watched sports in the world. The Fédération Internationale de Volleyball (FIVB) is the official governing body of the sport.

Cycling, at number eleven narrowly missed out on the top ten richest sports in the world. Cycling is one of the most popular activities in the world and lots of people even incorporate it in their day to day lives.

The Union Cycliste Internationale (UCI) is the body that governs the sport of Cycling. Probably the most popular cycling race known is the Tour de France which is one of  the most demanding and challenging races for any cyclist participating in it. Cycling is also an Olympic event and has indoor races as well including variants like relay and team cycling events.

It is estimated that worldwide the Industry value of the sport is around a whopping $57 billion but this does include the equipment, gears and the bicycle itself.

Boxing is another popular sport and comes in as the tenth richest sport in the world. There have been a lot of great boxers from the past who are still idols to many young men and women around the world. Boxers like Mohammed Ali, Floyd Mayweather, etc. earned a lot of money and fame inside the squared circle.

Boxers compete in various weight classes like flyweight, lightweight, heavyweight and Super heavyweight. The approximate industry value is around $400 million and is increasing every year. Las Vegas is regarded as the home for professional boxing.

Each variant of Automobile racing is governed by separate Governing bodies and there is no singular body. In 2014, the Automobile racing industry made another important breakthrough by introducing races for electric cars and the term Formula E was born.

Tennis is another game which is very popular around the world. It can be argued that it is the richest sport in the world when it comes to singles/doubles games as all the sports above it are team sports. It was estimated that Tennis has an Industry value of about $6-6.5 billion. Tennis originated in France around the 12th century and has grown a lot since then.

Reportedly more than 88 million people engage in the sport and it is very popular in European countries and Australia. The average salary for a professional tennis player is reported around $60,000 per year excluding the prize money from the tournaments. The International Tennis Federation (ITF) is the governing body for the sport and Wimbledon is probably the most important tournament that is played.

Cricket is the richest sport by far in the Indian Subcontinent. The game that originated in England was brought over to the Indian subcontinent by British colonizers and it grew rapidly in these parts. It is reported that currently the Cricket industry has a value of about $6.5 million (USD) and it is continuously on the rise.

Over the past two decades Club Cricket, a shorter form of the game (T-20) was introduced and it has rapidly increased the popularity of the game in newer countries where the game was not very popular. Another positive for the game is that over the past year Women’s Cricket has also increased in popularity in many manifolds.

The International Cricket Council (ICC) governs the sport on the international stage and works with the governing bodies of various countries. The average salary is said to be around $50,000 but the figure dwindles a lot outside the major Cricket playing nations.

The “rich old men’s game” has grown a lot in the past 2 decades. Its current industry value is said to be around $7 billion (USD) whereas the average yearly salary is in the ballpark of $50,000 for a professional athlete. The game is as simple as “putting the ball inside the hole in the last number of chances” yet it requires a lot of skill to master it.

Someone who is starting with golf as a professional in the United States itself can earn upwards of $10,000 per year. Also, Mini-Golf has popped up globally which is a separate entity all together but follows up with similar rules. The International Golf Federation (IGF) was founded in 1958 and is the international federation recognized by the International Olympic Committee.

The sport of Baseball is one of the most famous sports around the world with the USA being its biggest consumer. The Baseball industry is said to be around $40 billion which easily gets the sport into the number 5 spot of the world’s richest sports game.

The International Baseball Federation (IBF) is the governing body of the sport and has more than 124 National federations under it. The average salary of a Major League Baseball (MLB) player is said to be around $4 million (USD) with a minimum salary for an MLB professional being around $500,000. The sport is played between four bases and once you cover all the bases you get one run. Softball is a popular variant of this sport.

Ice Hockey is one of the most popular sports in the USA and Canada and has a peak viewership of well over 2 billion people.

The industry value of the sports is estimated to be around $60 billion which would easily make the sport one of the top 5 richest sports in the world. The International Ice Hockey Federation (IIHF) is the governing body of ice hockey and in-line hockey and its office is in Zurich, Switzerland.

IIHF has a whopping 81 member board making it one of the biggest sports in the world. In the sport, 6 people from a team can compete on the ice at a time, and substitutions are allowed. The average salary of a professional Ice hockey player is estimated to be around $2 million (USD).

One of the most popular sports in the U.S.A. and Canada, Football or Gridiron is a sport consisting of 11 people on each side with Unlimited substitutions. There are goalposts on each end of the rectangular field and the sport is one of the most physical sports in the world.

Though it looks similar to rugby there are a few key differences between the sports in scoring. The International Federation of American Football (IFAF) is the international governing body of American football associations. The current industry value of the sport is said to be around $200 billion and the National Football League (NFL) is the biggest league of the sport. According to reports, the game interests about 2 billion people.

Basketball is the second richest sport in the world garnering more than 2.5 billion viewers worldwide. The game is played between 5 players on the court from either team. The players attempt to shoot hoops on the opposing side which is placed at the height of 10 feet. The game is extremely popular in the United States, where the game originated. The International Basketball Federation (FIBA) is the official governing body for the sport.

The game has a global market value of around $90 billion (USD) with the players playing in the NBA garnering the most salary. Other popular leagues around the world can be seen in Spain, China, Russia, and Japan. Though its valuation is lesser than American football, the game of Basketball is more worldwide and popular overall and hence provides a salary to more people.

The answer to “What is the richest sport in the world?” Is simple…. Football! Football is by far the most popular and the richest sport in the world. The Industry Value of the sport is valued to be at $600 billion and the average salary for a professional footballer is said to be around $1-1.5 million dollars inside of Europe. Whereas the salary ranges outside of Europe are generally between $14,000 and $500,000.

The Federation of International Football Football Associations (FIFA) is the official governing body of the sport and has 211 member nations under it. Not just the regular 11 v 11 game, but its variations like Beach football and Futsal (5 a side football) are extremely popular as well.