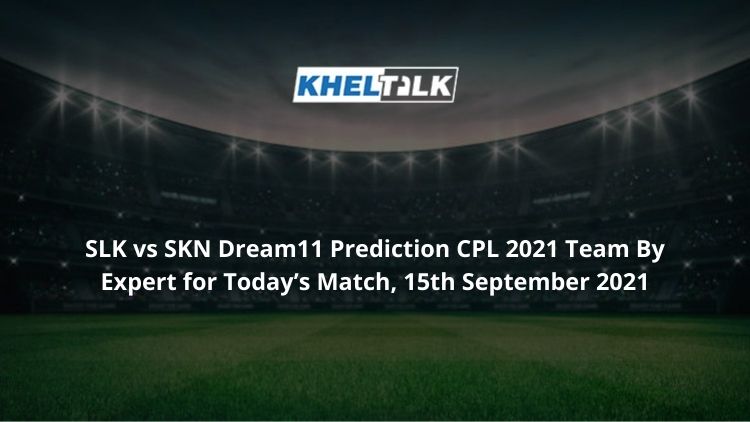 Lucia Kings and Patriots will lock horns in the final of the Caribbean Premier League on Wednesday.

Kings defeated the defending champions by 21 runs, thanks to Deyal and Wiese. Deyal first took the team to 206 and in return, Wiese grabbed his second five-wicket haul of CPL 2021 to put the Kings in the final.

On the other hand, the Patriots had their ever-dependable Evin Lewis destroy Amazon Warriors. The latter made 178 in their 20 overs. In return, Patriots chased that down within 18 overs to reach the final

This is usually a batting-friendly track and also, there will be some support for the pacers. Going by what we have seen in the early matches, the pacers had dominated the early session while the batters did well in the death overs.

Faf du Plessis is still battling injury. Thus, Cornwall and Fletcher are likely to go in as the openers here. Keemo Paul will hold the key in the bowling department. Roston Chase will be the player to watch out for once again.

Evin Lewis and Chris Gayle will open the innings once again for the team here. Evin Lewis took the team to the final in the last contest and he will look to dominate here as well. Dwayne Bravo batted at number three for the team and might get a promotion here as well.

Roston Chase is undoubtedly the best choice for the captain in the fantasy side here. He scored half-centuries in both head-to-head contests against the Patriots and stayed unbeaten too.

Evin Lewis is in excellent form at the moment. He recently smashed a ton in the tournament and in the semi-final, he smashed eight mammoth sixes for his 77. He took just 39 deliveries for the same.

Jaggesar bowled well in the semi-final and he is likely to do well here too. He had a couple of wickets to his name and he gave away only 19 runs from four overs.

Chris Gayle will open the innings for the team today. He smashed 42 runs from just 27 deliveries. He had five fours and three sixes in that contest. Gayle is likely to bowl an over or two here as well.

In the absence of Faf du Plessis, Samit Patel will be the overseas player to watch out for here. Though the veteran is yet to perform big in the tournament, his experience could come in handy in this contest.

Tim David smashed three sixes in a row in the semi-final. He looked in good touch there and is likely to carry on with his form here as well. One can expect a good cameo from him today.

Keemo Paul could be the difference between the two teams here. He is likely to feature in this contest and if he does, he is one of the mandatory picks. He has done well in both the head-to-head matches in this edition.

Who Will Win Today Between SLK vs SKN Dream11 Prediction, Today’s match?

According to Kheltalk’s astrology SLK vs SKN Dream11 match Prediction, Kings will begin this contest as favorites. Lucia Kings have won both their head-to-head contests in this tournament and will enter this contest with the same confidence. However, the form of Evin Lewis could turn the tables here.

According to Kheltalk’s SLK vs SKN Dream11 toss prediction, the Kings will win the toss and will bowl first here. The team has a good bowling line-up here. They will look to restrict their opponent and will look to chase down the total.