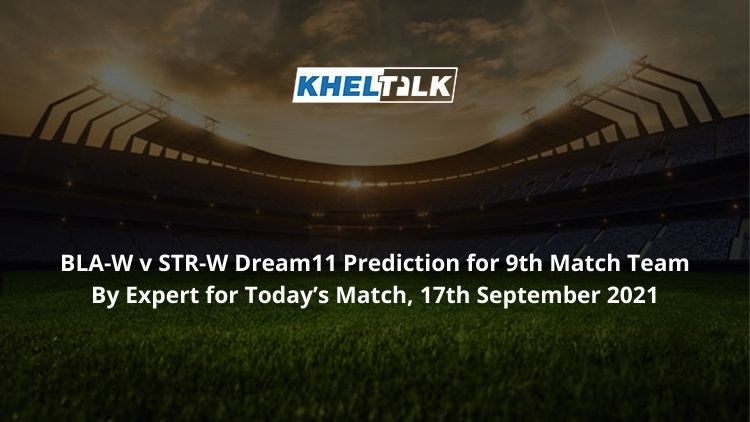 Blasters and Strikers will lock horns in the ninth match of the tournament. Blasters are the favorites to win this contest. They have won three matches so far out of their four and are at the second spot in the points table. Their only loss came against Challengers who are unbeaten in the tournament so far.

On the other hand, Strikers have won only one match out of their four. Their only win came against Dynamites who are currently at the bottom of the table and are yet to open their account.

The pitch will assist both batters and bowlers here and is a moderate one. One can expect the batters to dominate the initial session and the spinners will have the upper hand in the middle overs.

It is going to be a cloudy day in Karachi on Friday. There is a good chance for the rain but it is unlikely to affect the day. The temperature is likely to be around 21 to 31 degrees

The team has some of the well-known players here. Kainat Imtiaz will lead the attack i this contest. Asma Amin will keep wickets while Tuba Hassan will lead the bowling attack

Led by Sidra Nawaz, Blasters has a strong line-up with a few international players in their team. Omaima Sohail will hold the key in both battings as well as bowling.

Tuba Hassan is more of a utility player who can come in handy in any contest. She is likely to add a wicket or two here and is likely to play a good knock with the bat too.

Omaima Sohail is yet to perform big in this tournament. However, she did do well in most of the matches and is likely to play a major role here. In the last head-to-head contest, she had three wickets.

Fatima Sana is likely to play a major role in the bowling department for the team. She is one of the international players available here and she is likely to grab at least a wicket today.

Nida Dar needs no introduction. The veteran all-rounder will be keen to add more runs to the tally and will be leading the bowling attack too. She is our trump card in this contest.

Sidra Nawaz is yet another experienced player available here. She has done well with the bat so far and is likely to keep wickets too. One can expect something special from her today.

Kainat Imtiaz is yet to perform big here and this could be her huge chance. The Strikers captain will be keen to grab at least a wicket or two in this contest.

Ayesha Zafar is the best choice for captaincy here. She is in good form at the moment and will be keen to add more runs to her tally. She is one of the youngsters to watch out for here.

According to Kheltalk’s astrology BLA-W vs STR-W Dream11 match Prediction, Strikers will begin this contest as the underdogs once again. However, from their recent performances, they can spring a surprise here as well and are likely to put up a good show here.

According to Kheltalk’s BLA-W vs STR-W  Dream11 toss prediction, Strikers will win the toss and will bowl first here. Since the pitch will not change during the course of the game, one can expect both teams to go bowling here.