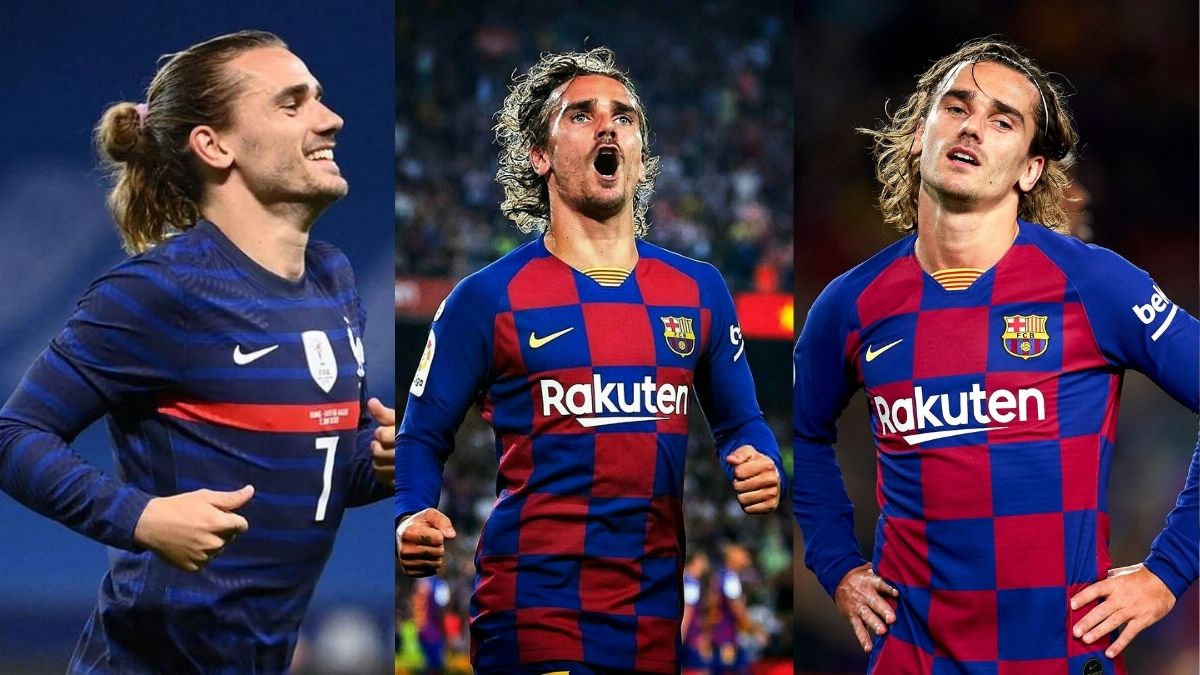 He is one of the most famous footballers around the world and is world-class in his position. The French midfielder was an integral part of France’s World Cup-winning side in 2018 and is regarded as one of the best forwards in the world.

Antoine Griezmann Net Worth till 2021

Antoine Griezmann signed for Barcelona in the 2019 summer transfer window for 120 million Euros. Moreover, he also took a salary pay cut of 17 million Euros, which is less than the 21 million Euros, which he earned at Atletico Madrid. He earns a whopping 594000 dollars per week and is currently the highest-paid earner of the club after the departure of Leo Messi to Paris Saint Germain.

The French forward is also placed  7th in the list of highest-paid footballers in the world, earning a whopping 28 million dollars per year from his salary as a footballer alone, excluding his deals with endorsements respectively.

He is currently estimated to be a net worth of 60 million Dollars. However, after he signed for Barcelona FC, his net worth is set to increase and he will earn more money from Endorsements as well.

At present, he is 30 years old, and if his earning continues to grow at the same rate, he will be among the wealthiest footballers in the planet, once he retires.

After spending few years in his youthful days, playing for Real Sociedad, he moved to Atletico Madrid with a whopping 30 million Euros deal, which was a club record transfer deal at that time. In 2018 he earned his highest salary(21 million) to date for Atletico Madrid as he became the best player on the team. In 2019 Griezmann signed for Barcelona FC for 120 million Euros and is one of the best players for the Catalan side.

Antoine Griezmann is involved in a lot of endorsements and public appearances through which ha makes money. Some popular sponsors of the french superstar are EA Sports, Gillette, Head, and Shoulders, and HYT watches. Beats by Dr. Dre is the latest brand for which he became an ambassador.

Antoine Griezmann made his debut for Real Sociedad in 2009 in their pre-season campaign. In his first season for Real Sociedad FC, he scored five goals in four appearances. He made his competitive debut for the club in the Copa del Rey match against Rayo Vallecano on 2nd September 2009.

He was the best striker in the team, during his 5 years’ stay at Real Sociedad, scoring 47 goals. Because of his excellent performance for the Real Sociedad and the French national team during the FIFA world cup in 2014, Atletico Madrid signed him for 30 million Euros, which was a huge transfer record deal at that time.

He made his competitive debut for Atletico Madrid on 19th August 2014, in the first leg of Supercopa De Espana against Real Madrid. In 2015, Griezmann became the French player to have the highest total in the Spanish top division season. He scored 22 goals in that season.

He was the only Atletico player and one of the three players nominated for the players in Team of the year at LFP awards, along with the two greats, Cristiano Ronaldo and Lionel Messi. He was the best player for Atletico Madrid in their UEFA champions league campaign in 2012 and 2016, where they, unfortunately, lost the final against Cristiano Ronaldo’s Real Madrid, twice.

He was also instrumental in spearheading France’s EURO 2016 campaign, where he was the top goal scorer of the tournament with 6 goals. Unfortunately, they lost the finals again to Cristiano Ronaldo’s Portugal with a scoreline of 1-0 to the Portuguese national team.

Because of his efforts in 2016, he finished 3rd in the Ballon d’Or 2016 and also in Best FIFA Men’s player,2016. He was also awarded the Best player of the year award, in La Liga, 2016  beating the likes of world-class players like Messi, Cristiano, and Luis Suarez. His best moment came in his career in 2018, where he helped France to win the world cup against Russia.

He played mostly as a provider for France and helped Mbappe to become the top goal scorer for France in their historic 2018 world cup campaign. In 2019, Fc Barcelona signed Griezmann for a transfer fee of 120 million Euros. He initially struggled to play for Barcelona FC as their playstyle was different from Atletico Madrid, which was a more defensive team.

However, he had a decent campaign with FC Barcelona in 2021, and was one of the major factors for FC Barcelona’s Copa del Rey success, scoring 3 goals. In total, he scored 15 goals for Barcelona FC, which is a good number for a world-class striker.

The French superstar married Erika Choperena in 2017 at a secret ceremony in Toledo at Galiana palace in France. She is a highly qualified child psychologist and met Griezmann in 2011, where he was playing for Real Sociedad Fc.

Griezmann has a net worth of 60 million Euros and is fond of supercars. Here is the fleet of expensive cars in his garage

Griezmann is a world-class attacking footballer and is one of the best players in the world today. Due to his attacking prowess and excellent technique on the ball, he has won a lot of titles and trophies for the clubs and countries he played in.

The French footballer was a pivotal part of France winning the silver medal in UEFA Euro 2016, and he was awarded as the top scorer of the tournament with 6 goals. He was also awarded player of the year in La Liga for Atletico Madrid, where he spearheaded the club to have a successful UEFA Champions League run and La Liga 3rd place in 2016. In the 2018 FIFA world cup tournament, he won the Bronze Ball(third best player), silver boot(2nd highest goal scorer in the tournament), and was named man of the match in the final, due to which France won the Fifa world cup against Croatia with a scoreline of 4-2 for France.

Griezmann won a lot of trophies in his career and he isn’t going to stop soon. He is very ambitious and a passionate footballer, who wants to compete in the highest level of professional football for titles and trophies. He has already won the coveted FIFA world cup trophy for France in 2018 and wishes to earn more important trophies in the future. He will be gunning for Uefa Champions League and La Liga in the future, as he has never won them in his professional career.

Antoine Griezmann was accused of racism against Asians, when he along with his national teammate, Ousmane Dembele, were seen laughing and making comments against the Asian hotel workers in their hotel room. However, the two denies any speck of racism and they were just having fun.

Later both of them apologized on their social media page and the controversy was called off. However, this controversy has affected Griezmann’s sponsorship deals with Konami, the Japanese company which made Pro evolution soccer, a famous football video game.

1.What is Griezmann’s favorite food?

2. What is Griezmann’s favorite sport other than Football?

Ans- Griezmann is a big fan of the NBA, the American Basketball league. His favorite player from NBA is Derrick Rose.

3.What is Griezmann’s favorite video game?

Ans- Griezmann is a big fan of E-sports gaming, and his favorite video game is Fortnite. He is famous for celebrating a goal with his fort nite dance moves on the pitch, which can be infuriating for the opposition fans.

4. What is Griezmann’s favorite country?

Ans- Griezmann’s favorite country is Uruguay and he is fascinated with the culture. He drinks Mate with Uruguayan footballers and also refused to celebrate the goal he scored against Uruguay in the 2018 FIFA world cup quarterfinals, as a mark of respect for the culture.